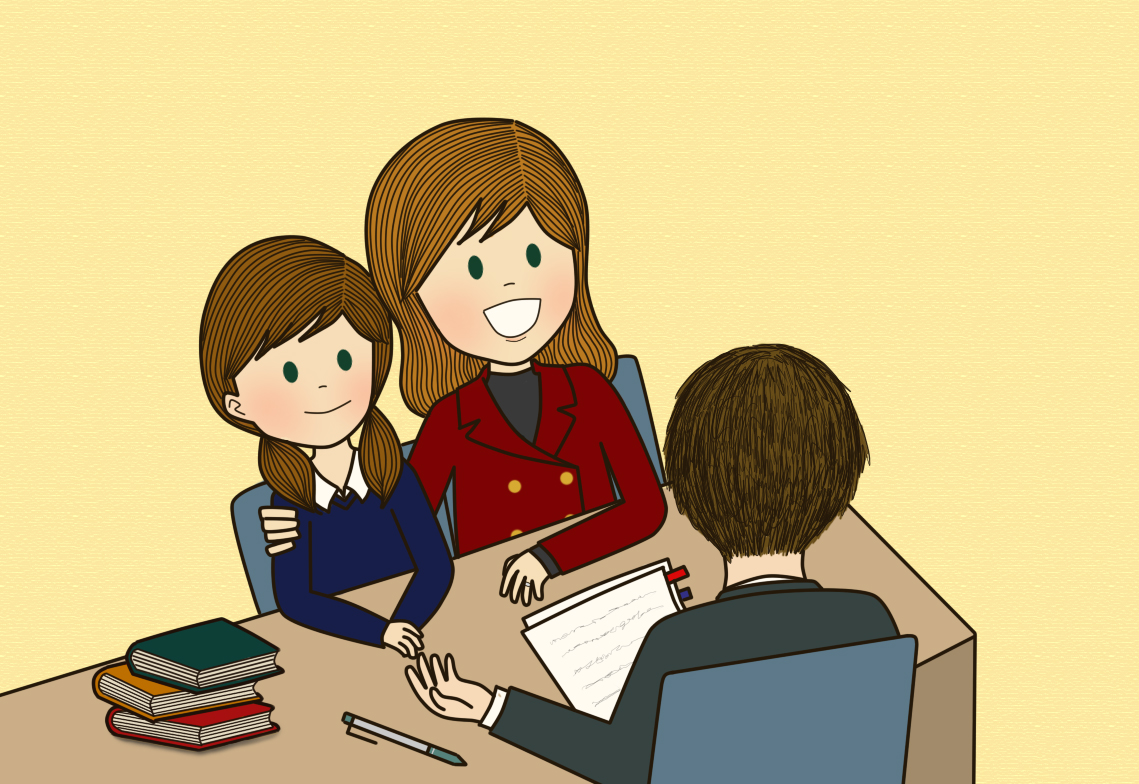 Customer satisfaction is a key driving force of success in any business. Customers who are happy come back for more, and usually tell other people about the great service or product they’ve just bought.

In the teaching profession, your number one job is to do a good job. However, we often lose sight of the fact that our students are not actually the main people we’re aiming to serve. By providing the best quality of service to our students, we’re actually satisfying the needs of the parents by proxy.

In many service – based industries, the key goal is to make the customers happy. This poses a unique question for teachers, as it is sometimes unclear who our customers are.

If our customers are our students, then should we aim make them happy all the time? Not necessarily. Our aim is do what’s best for the students, whether they like it or not. A student may be happy if they do not receive any homework or if they’re allowed to sleep in class, but this would never help them in the long-term.

So that leads us to parents. Are they our customers? Yes. Absolutely yes.

Most parents want the best for their children, and it’s always very important to know their expectations. Some parents are happy enough if their child is simply in class, being supervised and on-task. Others may have very high expectations, such as achieving a level 7 in IB Biology and then going on to study at an Ivy League or Russel Group university.

Our key priority, above all else, must be to exceed each parents’ expectations. We can only do that if we know what those expectations are in the first place.

Parent’s can help teachers in key ways, if we get to know them:

In my debut book, I wrote a whole chapter about working with parents. Getting this key-relationship right can help you in so many ways, even with the regular management of your students in class.

Ask yourself these questions to see how well you know your parents:

Do you know the first names of your parents? This is vital, as all humans respond in a more alert and friendly manner to people who address them by name. Make the effort to contact your parents at the start of the semester (or as soon as possible) and introduce yourself. You’ll be amazed at the positive impression this will give of you and your school.

Do you know what your parents do for a living? This is often overlooked, but it is such vital information. Knowing that John’s dad is an engineer, for example, allows you to reinforce the importance of a good education in your students, and build up their respect and pride of their parents. “Well, John, I know that your dad is good at mathematics because he uses it every day in his job as an engineer. You should be really proud of him”.  In addition to this, whenever you need guest speakers or specialist knowledge for your lessons, you could bring a fresh perspective to your teaching by contacting parents for help.

Do you know your parents’ expectations? This is essential if you want to get parents on your side. Find out exactly what they want from you, and make sure they know that you know what they want. Keep them informed along the way, and always report on progress, or lack thereof.

It’s quite time-consuming, but important, to know the desires of each parent you work with. If you don’t have this information yet, then a good starting point is the Seven Key Desires of Parents that I outlined in my book:

In my opinion, parents are the most under-used resource in the education profession, and yet they can offer such rich benefits. I write about this at length in my book, and I’ve included the summary of the chapter below: 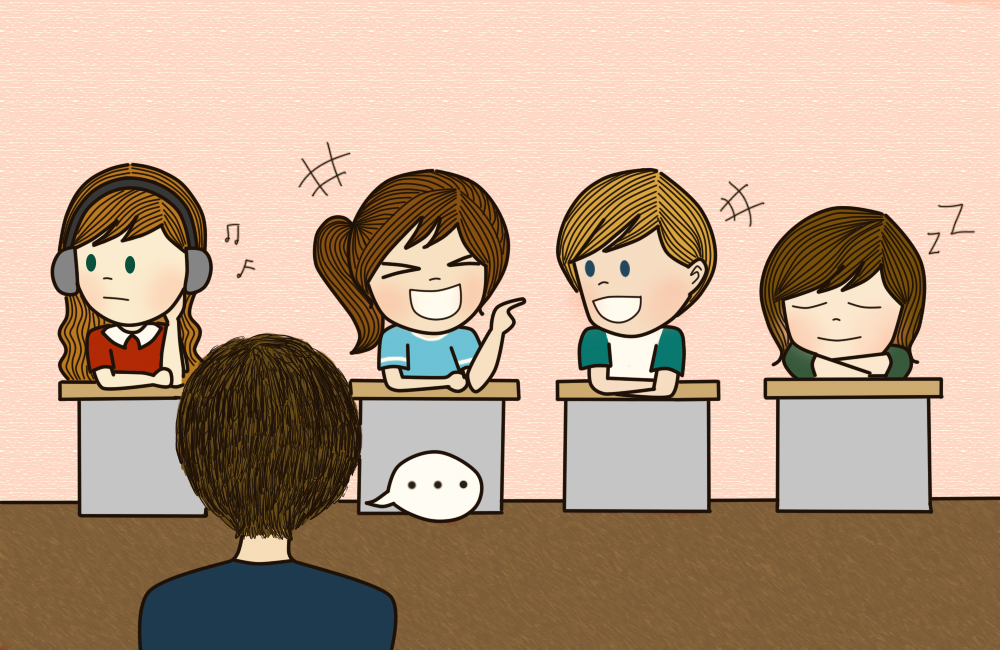 I still remember the day I walked into Rhyl High School as a PGCE student. The hustle and bustle of excited students, the long corridors of a traditional school and staffroom banter. My first experience of professional teaching was really challenging for me, not least because I was inexperienced and I found it hard to deal with many excited students asking questions all at once. Rhyl was a brilliant school and was my baptism, and I’ve loved teaching ever since.

I stayed in the UK until the end of the 2008 academic year before moving to Thailand to teach at an international school. I was initially reluctant to go, as I was unsure of what to expect in the Land of Smiles (and I didn’t even know it was called that until I landed and saw a big sign at the airport).

I loved teaching in the UK, but Thailand was so much better from day one. Why? That was simple: Students who were all willing to learn (no behaviour management problems at all) and much less paperwork and ‘red tape’ to contend with. One has to remember though – I was teaching in fee-paying, international schools in Bangkok. In the UK I was working in maintained state schools, where the abilities and agendas of the student populace can vary enormously.

That may sound condescending to educators currently in the UK, but my experience is not unique.

Take, for example, this quote from a damning article by the Guardian newspaper last year:

The chief inspector of schools, Sir Michael Wilshaw, has claimed that the UK faces a “teacher brain drain” as newly qualified educators move abroad to find work. But actually it’s not just the warmer climate of places such as the Middle East that’s so appealing to the UK’s best teachers all of a sudden – it’s the warmer professional climate that the international schools offer that’s really alluring.

There was certainly a warm, professional climate in all of the schools I worked at in Thailand, but I also found that in the UK too. In fact, because a number of teachers were working together to deal with issues ranging from individual student behavior management to improving coursework collection and completion, I found the professional climate to be a little warmer (at times),  but a little colder when you were asked to justify things, such as putting students on detention to catch up with missed work.

Then there’s this alarming fact, which I also made reference to in my book:

A mass exodus of teachers from the UK. Something must be luring them away.

In fact, the UK has been facing teacher shortages for well over a decade. But what are the reasons behind this? The Huffington Post ran an article last year that listed five causes of teacher shortages in the UK:

1) Numbers of pupils are increasing

Whilst the British government makes the claim that more and more teachers are entering the profession each year, the Huffington post article makes it clear that this is not enough to compensate for the increasing number of pupils that are going through the system. In fact, the British government itself has made projections for the current decade up to 2020 predicting that school numbers could rise by 800,000 – 900,000 pupils nationally. If class sizes are to remain capped at 30, then this increase is unsustainable and the classroom management expectations of teachers are only going to increase.

I can tell you from my experience that UK graduates are among the most valued globally in the teaching profession. Our world-class universities, along with our country’s reputation as a beacon of etiquette and good morality make us very marketable to parents of international students. The implications are that UK graduates, and especially

–those with some UK teaching experience, can find a job overseas relatively easily (although, of course, there is still competition for places). This, coupled with the fact that international schools tend to offer very attractive salaries and benefits packages, with some even offering free accommodation, makes the UK seem like a bit of silly choice for any talented, aspiring teacher.

Also, by ‘elsewhere’, I don’t just mean outside of the UK. Many graduates are now choosing alternative careers to teaching as a starting profession, especially since NQT pay has not kept up with the increases seen in the past five years in other job sectors. Graduates are simply choosing other careers paths that pay more, and require less training.

3) Routes into teaching have fundamentally changed

I graduated back in 2005 thinking that taking a  PGCE was the only way to become a secondary school teacher. I was wrong, of course, and now there are even more options than ever before. During his time as Education Secretary, Michael Gove made some of the most radical reforms to teacher training ever seen in the history of the profession. Traditional routes into teaching could be bypassed by the new School Direct approach, which basically placed pressure on schools, rather than universities, to fully train new teachers.

One might think that this would help increase teacher numbers, but the opposite seems to have happened. Estelle Morris, the British Labour Party MP, famously criticised the School Direct approach in 2013 by making the following points:

4) The burden on teachers is greater than ever before

Teachers are more accountable now than they have ever been. Couple this with the fact that technology has increased along with paperwork, and it’s easy to understand why teachers are finding themselves overworked, particulary in the UK. Many recent surveys have shown that British teachers are working longer and longer hours. Just think of all of these things a modern British teacher is expected to do:

The Comprehensive Spending Review published last November announced a £600 million cut in schools’ Education Services Grant and a six per cent real-terms cut. The impact of this on the recruitment crisis is huge. Schools are facing the risk of bankruptcy, and are having to make wide-ranging savings. This means fewer support assistants, tighter budgets for essential resources and considerably less for ICT, and less money to spend on furniture at a time when research demonstrates its impact on attainment.

But it’s not all rosy overseas either

In my book, I listed some major reasons why teaching overseas can have its drawbacks too:

Every school is different. It is wrong to say that teaching overseas is better or worse than teaching in the UK. Every school has their own individual merits and downfalls, and it is important to research carefully before applying for, or accepting, a teaching position at any school in the world.

Make sure you consider the country profile of a particular location before moving there, and you may even be able to read reviews of your chosen schools before making a final decision.

Has safeguarding gone too far in the UK too? Take a look at this recent story:

The full story can be read here. 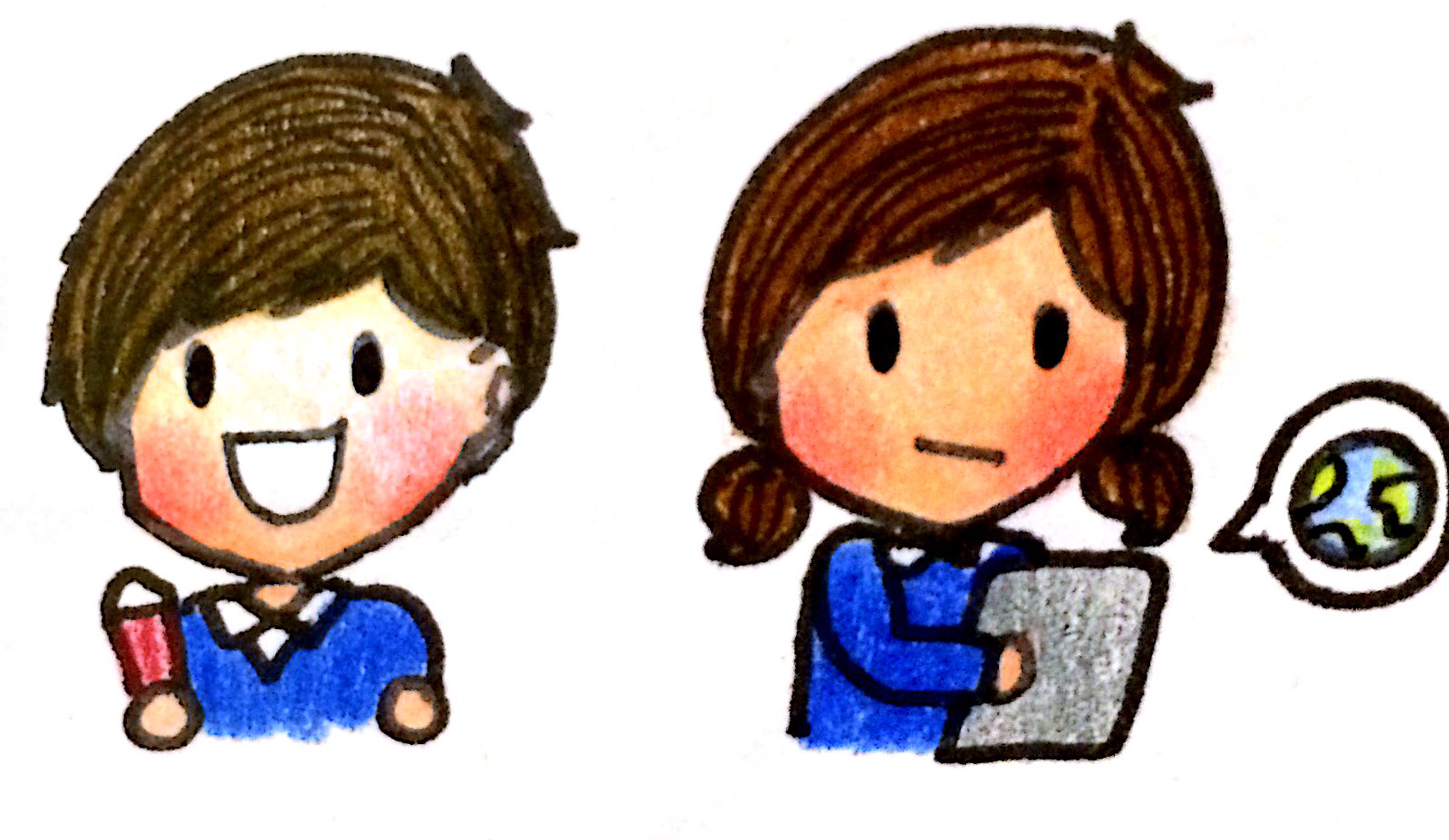 Are you a final year high school student? Do you know someone who’s thinking about going to university? If so, then read on!

Taking those first crucial steps into higher education can be daunting! Everything is new: teachers, friends, courses and the city or country you’ll be studying in!

This ground-breaking new book is filled with great advice from 100 graduates from all over the world! Students who’ve been there an done that in America, the UK, Europe and Asia. This is the must-read book for anyone who wants to make their first year successful, enjoyable and hassle-free.

Beautifully illustrated by Sutthiya Lertyongphati, and compiled by Richard James Rogers (High School Teacher and Author), this book will be released globally on Amazon on Feb 20th.

Watch this space for updates!