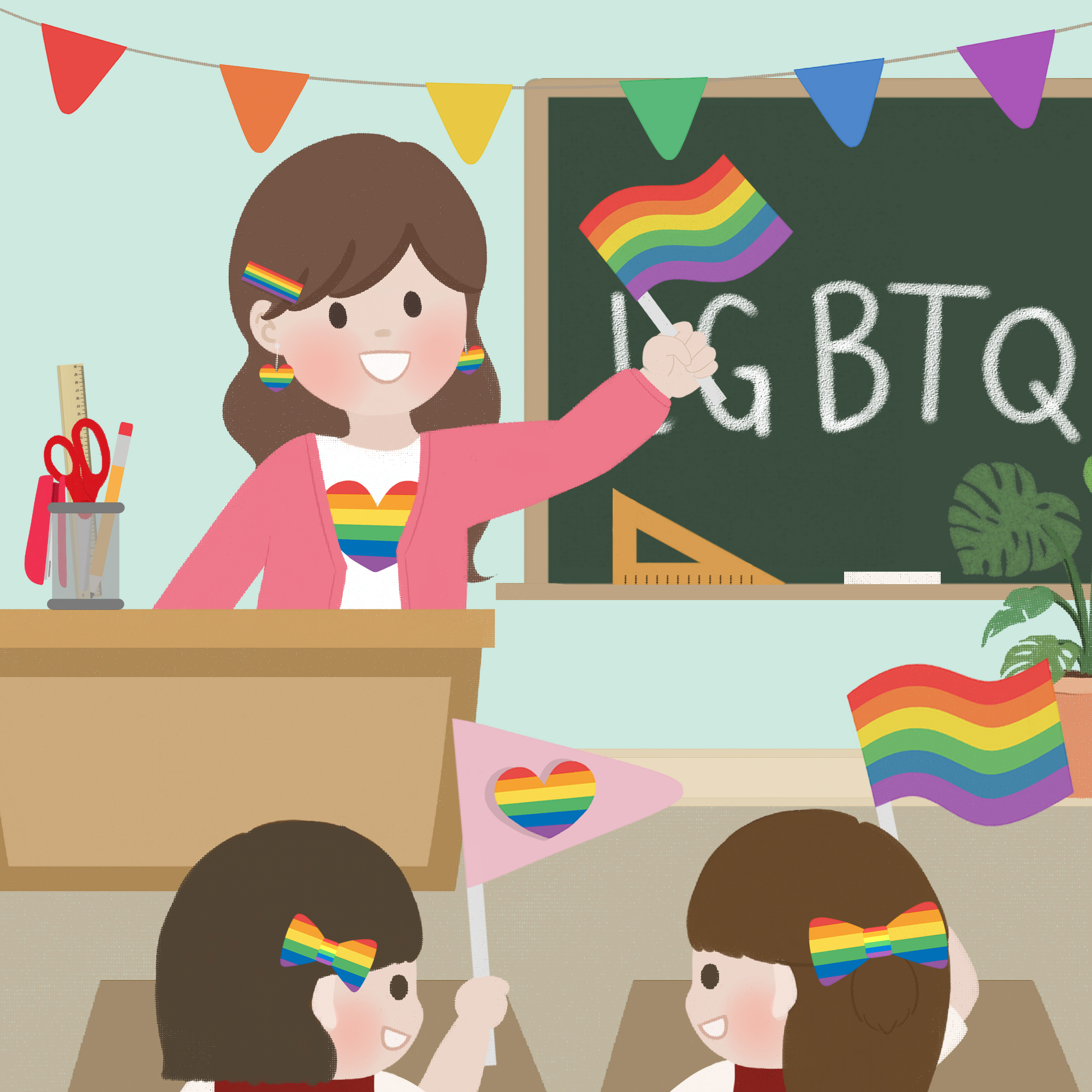 An article by Richard James Rogers (Award-Winning Author of The Quick Guide to Classroom Management and The Power of Praise: Empowering Students Through Positive Feedback).

I know this, because I myself have been on the receiving end of that hatred on more than a couple of occasions in the past.

After writing and publishing a blog post entitled Gender-Neutral Toilets in Schools: Some Research and Conclusions (which I thought was a pretty balanced and fair synopsis of some of the most pertinent research and history on this issue) I received nasty messages on social media, hateful reviews of my books on Goodreads and Amazon (by people who hadn’t even read the books) and even messages to family members and friends who had shown the audacity to like, or comment, on one or more of my photos or posts. This was my virtual ‘second-wave’ of acrimony: I had received my first after publishing On Gender Neutral Toilets in Schools.

For a community that claims to celebrate diversity, a small (but significant) minority of 2SLGBTQIA+ individuals do themselves and their cause no favors by showing complete intolerance to diversity of opinion.

This leads me to today’s gargantuan mission: to describe what the published evidence states about what should actually be taught about gender in schools, and then (in the coming weeks and onwards) when and how it should be taught. I know that the hate will come to me by reflex-action by some individuals who won’t even read this far. All I can say is bring it on: we all show our true, ‘rainbow’ colours through our actions.

With that out of the way, let’s begin.

What should we be teaching children about gender?

Before we can even begin to answer that question, we need to answer a question that is much more fundamental: What is gender?

Growing up as a primary school kid in the 80s was a fairly simple experience with regards to this issue, and the question of what gender was didn’t need to be asked (or so it seemed). My school friends were boys and girls, and nothing else. Boys looked and acted differently to girls. My parents and the adults I encountered in society were men and women – and they were all very easy to distinguish as such.

I guess what I’m saying is that the data from my life experience provided everything I needed to know about gender: There were boys, girls, men and women. Nothing else (or so it appeared).

Today, however, that assumption – that gender is binary, is thought by many to be inaccurate. Former elementary school principal Anthony Ciuffo sums up his awakening to this knowledge eloquently: in a recent ASCD report:

Perhaps the most important lesson we gleaned from our immersion in the literature was the idea that gender is not the binary concept (where someone is either a girl or a boy) that most of us have grown up believing it to be.

This central, bold premise is rather a big one. I wanted to find out where Ciuffo was getting his information from. As a molecular biology graduate this statement made some sense to me initially: Humans have 23 pairs of chromosomes, with the only distinguishing feature between most males and females at the chromosomal level being that one of those pairs consists of an X and Y chromosome for males, whereas a woman has an X and X chromosome in that position within the karyotype (a karyotype is essentially a list of all of the chromosome pairs). Some rare exceptions to this rule do happen, however (some of which I was surprised to learn about during the course of my research for this blog post):

The fact that these ‘syndromes’/conditions/possibilities exist in the first place should surprise most people who assume that gender is binary – even the biological evidence suggests that numerous exceptions to that premise exist. This raises more questions:

That last question is a pertinent one that humanity will soon have to really get to grips with, as both anecdotal and empirical evidence suggests that that the ‘full story’ of gender is by no means determined by genetics alone. Take Sasha Komarova (a Russian model) for example: she has Swyer syndrome (XY), yet she would most certainly identify as a female (and many would argue a very attractive one, at that). At the chromosomal level she ‘should’ be a male, but the physical reality that has manifested is a female body.

Research-based evidence that supports the notion that genetics have a role to play in a wide-range of gender expressions is mounting by the year:

One can only conclude from the karyotypic and genetic evidence that gender may not be binary after all, and that other chromosomal/gene-loci/genetic-molecular arrangements may exist that lead to a gender expression that does not match the binary that we’ve mostly grown up to believe is true. In fact, to hold steadfast the central dogma that gender is exclusively a binary phenomenon is not only old-fashioned, but it’s plain wrong according to the scientific evidence we have at present. 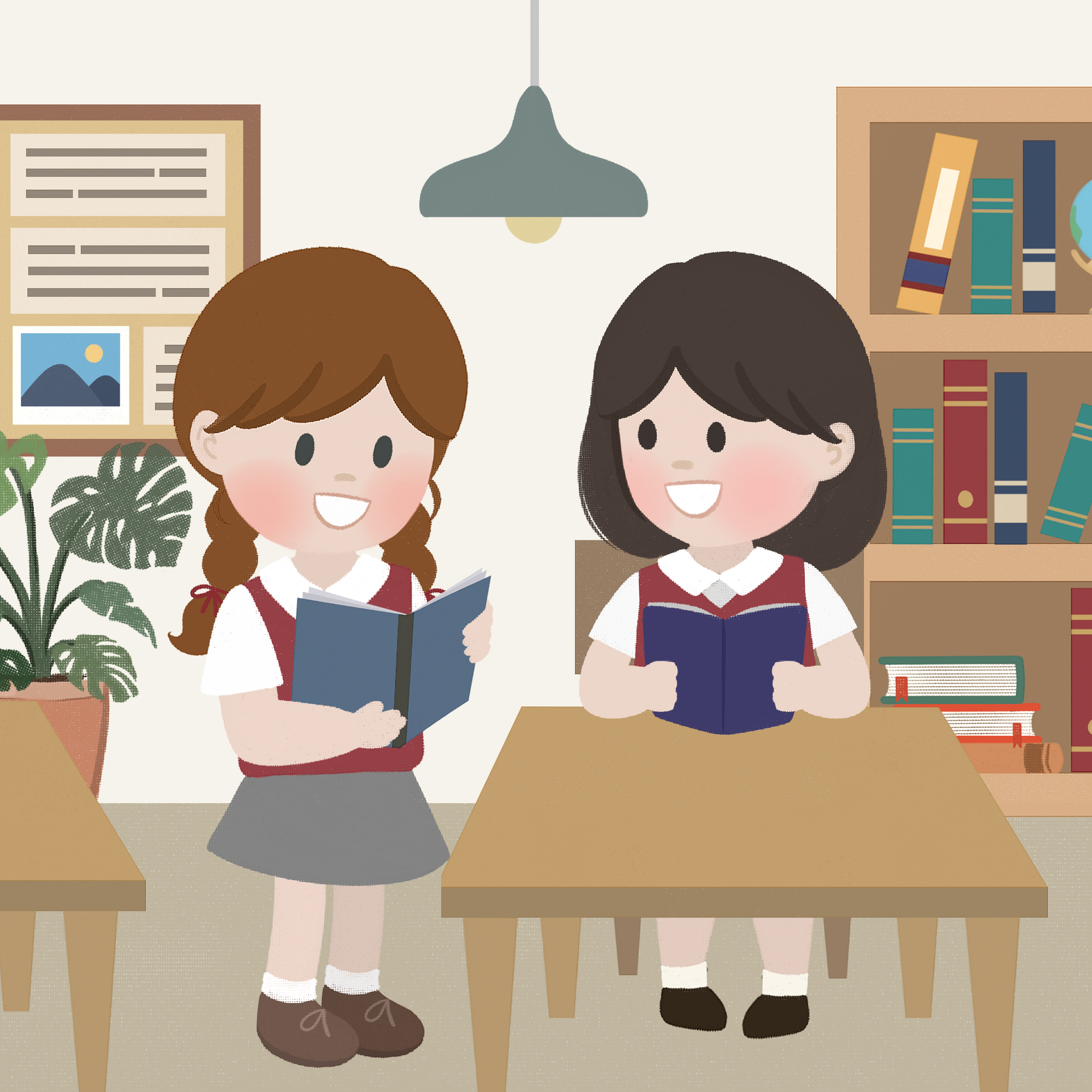 The ability to read is possibly the most important skill that students should master whilst at school. It is so important, in fact, that a simple Google search of the phrase “The importance of reading for students” brings up hundreds of millions of hits (around 717 million at the time of writing this article, to be exact).

There are numerous benefits of reading: for adults and children alike. I could choose to spend the rest of this article describing those benefits, but I fear that I would be preaching to the converted. As teachers, we already know that reading is important. I hope you will permit me, however, to at least include my favourite quote about reading from one of my favourite actors:

So, we know that our students must learn to read. However, what’s equally important is that our students learn to love reading. And this is what I want to explore with you today: How do we get our students, or our children, to enjoy reading? How do we prevent reading from becoming a laborious, dull part of their schooling and instead turn it into to a relaxing and, dare I say it, exciting past-time?

Tip #1: Turn reading into a collaborative task (with a creative output)

Reading is all-to-often seen as a solitary activity, which is most unfortunate. Set up times, or clubs, where students can read to each other and perhaps generate some kind of creative output – perhaps building a model of what they’ve read (Design Technology), calculating and mapping the frequency of different words (Mathematics) or even creating the costumes the characters might be wearing (Textiles). When reading becomes an active process, students realize that there’s actually a lot of ‘juice’ one can squeeze from a book, or even a short segment of text.

Perhaps you could couple collaborative reading with a technological task too – such as creating a Minecraft landscape of the setting for the story, or even setting up a Google Site online journal of learning.

The possibilities for collaboration in reading, coupled with creative outputs, really are limited only by one’s imagination. In fact, you may wish to ‘crowdsource’ ideas from the children themselves, perhaps by using a worksheet/prompt like the one below:

Some ideas to consider are:

Get involved in all of the activities listed above. Join the collaboration groups, for example, even if only for 10 minutes at a time. Read topical news articles, extracts from books, quotes of the day or any materials that provide positive messages for students. Have a sign outside your door that tells students what you are reading at that time.

Bottom line – get stuck in yourself! Never underestimate the subliminal messages that students pick up on when they see us model positive behaviors.