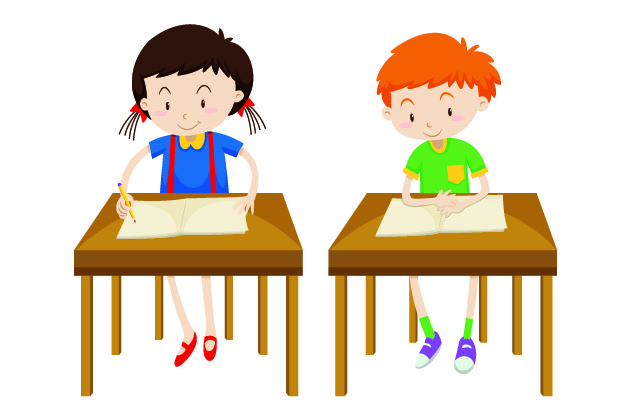 I have always loved mathematics, but I’ve not always been ‘good’ at maths. I got a grade A for GCSE Mathematics when I was 16 years old (a grade I worked really, really hard for) but I struggled with mathematics at ‘AS’ and ‘A’ – Level (the UK’s pre-university qualifications).

It just so happened that mathematics wasn’t a subject I needed as a prerequisite for my university course anyway. So, in a sense, I committed the cardinal sin of thinking that it ‘didn’t matter’. I was planning to study molecular biology at university, and my admissions tutors were mainly interested in my biology and chemistry grades.

I achieved my goal of going to uni and doing my PGCE in order to become a fully qualified Science teacher in 2006. I was happy for several years, but my failure to complete my mathematics education at school kept gnawing at me like an annoying itch. I needed to do something about it.

I decided to complete the Certificate in Mathematics course with the Open University in 2009, after three years of being a full-time science teacher. This course covered everything in my ‘A’-Level syllabus with some extra, university-level topics thrown in. It was challenging and offered me just what I needed: closure. As a distance-learning course, it also offered me the chance to study and work as a teacher at the same time.

As I started studying the course and handing in assignments (which had to be snail mailed to the UK  – I was living in Thailand at the time), I began to realise how much I had become disconnected from the student experience as a teacher. It had been around three years since I had ever studied anything seriously, and this mathematics course was teaching me how difficult it was to:

These skills were, of course, things I had to do whilst completing my degree course and schooling earlier in life, but it had been a few years since I had been immersed in serious study like this. I was slowly losing empathy for my students: that was until this course gave me a wake-up call.

Another big thing I took from this experience was just how stressful it can be to prepare for a difficult exam (and to complete it). I had to fly to the UK to take the end of course mathematics exam (a three hour beast), and along with the intense revision that came in the few days running up to the exam I had the misfortune of not sleeping so well the night before the big day. And then, once sat down and actually completing the paper, three hours felt like it went by in an instant.

I guess I’m trying to make a number of points in this trip down Memory Lane – namely that by immersing ourselves in the ‘student experience’ we can, as teachers:

One final point to stress is that, whilst we can study almost any subject we want via online platforms like EdX and Coursera these days, it’s also important that we take the time to thoroughly reflect on a regular basis. Keeping a journal of things we’ve done well, and things we messed up, can be a great way to have a written record to read over when we want to celebrate successes and remind ourselves of lessons we have learned on our journeys as educators. This video I made a few years ago goes into this in more detail: 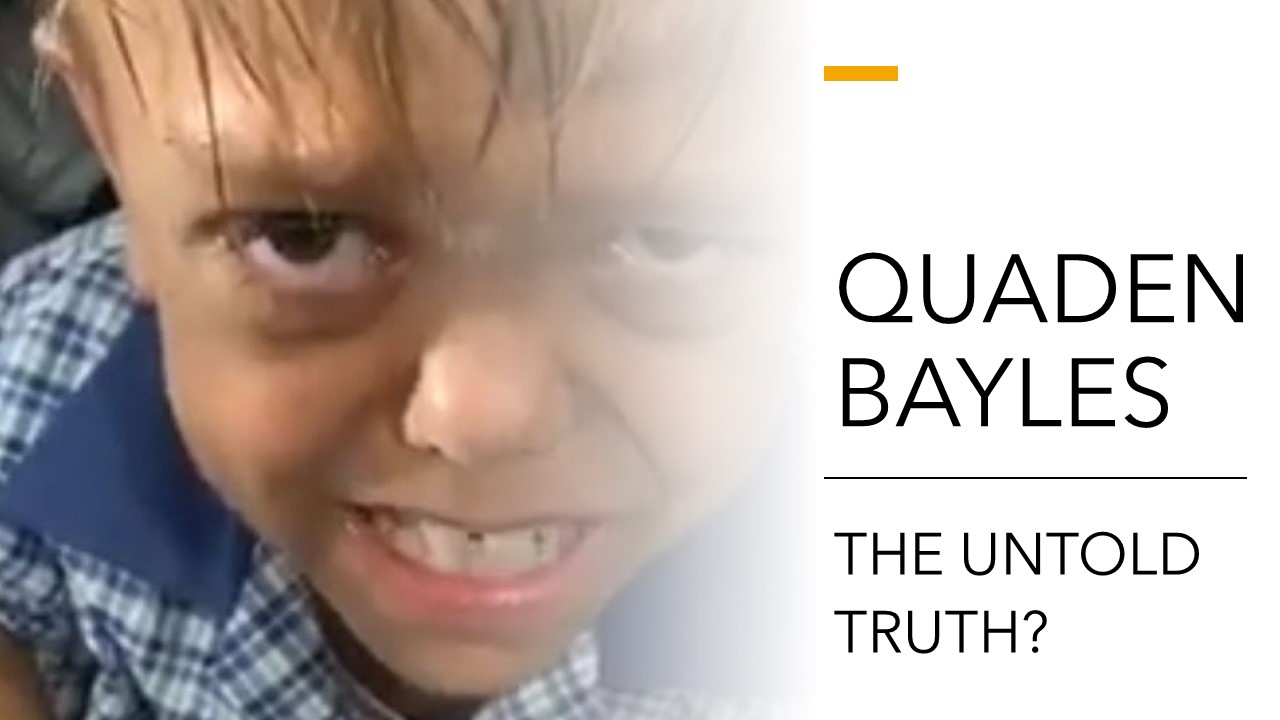 An article by Richard James Rogers (Bestselling author of The Quick Guide to Classroom Management and The Power of Praise: Empowering Students Through Positive Feedback).

Lots of people around the world have been touched and saddened by the recent viral video of Quaden Bayles: a 9-year-old child with dwarfism who’s been bullied rather severely at school. In the video, the child’s mother, Yarraka Bayles, describes her son as being suicidal, and calls on parents and schools to educate their children about the damaging effects of bullying.

The video is upsetting, and has prompted an enormous response from a wide-range of people. Hugh Jackman, for example, sent out this tweet and accompanying video of support:

In addition to this, a GoFundMe page started by American comedian Brad Williams raised more than $340,000 to send Bayles on a trip to Disneyland in California.

And yesterday, Quaden was the star of the show when he led out an indigenous rugby league team in an exhibition match in Queensland against the New Zealand Maoris.

The response to the video really has been enormous, and it has been encouraging to see the human spirit work collectively in an outpouring of support for this young boy.

Three concerns about this story

The video was upsetting, and it made me reflect on my time at school when I was bullied. It was horrible.

My mother didn’t film me crying and then spread it all over the internet, however, and that’s where I’ll begin my description of my three concerns.

#1: The mother’s actions were irresponsible and somewhat damaging

In the video, as the boy is crying, the mother comes out with such quotes as:

“This is the effects that bullying has”

“This is what bullying does”

“All it takes is for one more incident, and you wonder why kids are killing themselves”

You can watch the original video here:

None of this behavior actually helps her child. Instead of openly accepting that the child is suicidal and continually stating how terrible bullying is (reinforcing a victim mindset), the mother should be saying words to the effect of “Don’t think like that, Quaden. Stay strong. This is unacceptable and we are going to stop it. You must not accept this bullying. We’ll find out who these bullies are and I’ll be speaking to their parents. We will stop this.”

This ‘victim reinforcement’ by the mother won’t help Quaden in life – what’s he going to do when he’s pushed around and picked-on outside of school, when he’s an adult?

Sorry, but he’s going to have to learn to stand-up for himself.

The mother also swears profusely in front of the child in the video, exacerbating the situation and showing that she’s not in-control and can’t cope. I accept that she was probably emotional and used swear-words to express herself, but it was still a bad move and certainly didn’t help the child deal with this particular incident.

#2: Has the school been contacted?

After searching around on the web for hours I couldn’t actually ascertain which school Quaden attended. I wanted to know this information, because I wanted to contact the school to clarify what their anti-bullying policies and procedures were, and how they were implemented.

It seems that I was looking in all the wrong places, as a friend on Facebook sent me this article, which states that Quaden was recently pulled out of Carina State School in Brisbane following this incident.

According to the article, Quaden was at Carina for only three weeks before his mum pulled him out because of the bullying. In one incident, the Brisbane Bullets (an Australian pro basketball team) were invited to school, and as Quaden was lining up to get his singlet signed, a fellow student patted him on the head “like a puppy” and made references to his height.

It was immediately after that incident that Yarraka Bayles, Quaden’s mother, made the video.

I will admit that I am very lucky in that I teach at a school where virtually no bullying occurs. I teach at an international school in Bangkok, and my school successfully manages student behavior as it relates to bullying by:

I feel sorry for Quaden: it must have been really embarrassing for him to be treated like that in front of a basketball team he really admired.

In my original video I mentioned that systems and policies at Quaden’s school must be dysfunctional in some way if Quaden was bullied continuously, as this story seems to suggest. Upon reflection, however, it doesn’t seem easy to ascertain this as Quaden was only at Carina State School for three weeks, which would have been too short an amount of time for the anti-bullying systems in place to take full-effect (although action should still have been taken, and may have been, even in this short space of time).

I have contacted the principal of Carina State School, Ms. Bond, via e-mail to request an official response. Should I receive such a response, then I’ll post that response here.

This is the question that virtually no-one is asking, and I think it’s relevant.

For healthy development, it’s best if both father and mother are involved in their children’s lives. I’m not sure if Quaden’s father would have filmed his son’s breakdown and commented with “This is what bullying does. My child is a victim” (or words to that extent). Masculine energy doesn’t tend to respond that way.

Tons of research shows that fathers have a big and important role to play in the development of their children. My favorite quote on this matter comes from the research by Rebekah Levine Coley (2008) which states:

Results of multivariate regression analyses indicated that fathers’ provision of warmth and control related to better academic achievement for children, and the provision of control from nonpaternal men predicted fewer teacher‐rated behavior problems in school and more prosocial behaviors toward peers. These relations were moderated by children’s gender, race, and maternal marital history. Girls and Black children were more positively affected by relations with fathers and father figures than were boys and White children, and divorced fathers were more influential in children’s achievement than never‐married fathers. Implications of the findings for social policy and intervention efforts are discussed.

It therefore stands to reason that the role Quaden’s father plays in his life will be a contributing factor to his feeling of self-worth, along with his academic achievement.