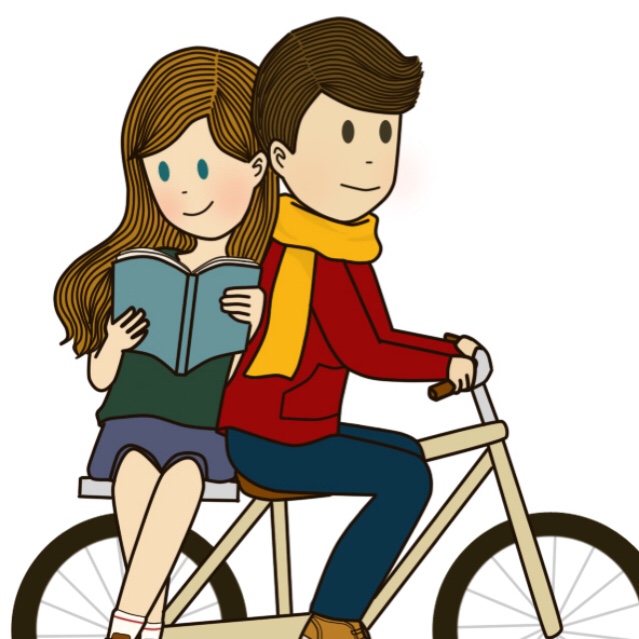 I often like to listen to my favourite YouTubers in the early morning. For me it’s wake up, go for a run, then shower with my iPhone blasting out some stimulating interviews, lectures or discussions.

At one point this week I was listening to an excellent and thoroughly interesting interview with the renowned David Icke in which he made a statement that really got me thinking: “I hear of lot of debate about HOW children should be taught, but very little about WHAT they should be taught”.

As a teacher I think this is a very important issue and I’d like to offer David a considered response.

10 Things I Wish I Was Taught at School

I’m one of those few people who can actually say that I use the stuff I was taught in school on daily basis in my job. I’m a Science Teacher: so naturally I’m teaching my students almost the same things I was taught at school.

However, there are a lot of things I had to work out by myself when I left school. Was ‘personal experience’ the best way to learn these things?

I don’t think so.

Many years of hardship and pain could have been avoided had (much) greater emphasis been placed on these ten things whilst I was at school:

#1 How to manage money

Surely this should be a school staple, shouldn’t it?

I was taught how to manipulate equations and a little bit about compound interest, but a more intense and focussed ‘Money Management’ curriculum would have helped me and so many of my friends.

How many schools are teaching this? Almost none, and that’s a tragedy.

#2 How to manage emotions (especially worrying)

Humans are emotional creatures, and life can test us to the limit at times.

How do you deal with worry? What makes you angry or frustrated? What makes people do silly things sometimes? Lust? The ego?

With the advent of the Mindfulness in Schools Project in 2009, educators began to see how self-observation can be taught to students as a meaningful way to avoid unconscious reaction.

Just think of the problems that this philosophy could solve, were it taken seriously and implemented nationwide. A fifteen minute meditation session per day, for example, could help students become calmer, more focused in lessons and even more willing to embrace self-acceptance, making life more enjoyable.

As for the emotion of worrying….the statistics speak for themselves. According to the Anxiety Association of America:

In my personal opinion, kids need to know this stuff! Yet how many schools offer a rigorous ‘Worry Combat’ curriculum? Almost none.

Yet again, it’s one of things we kind of have to figure out by ourselves (and many people never figure it out).

I think it’s high time that kids were taught about the effects of worry and how to tackle it as part of a national curriculum strategy. Here’s a book I think should be compulsory reading for every school student (click on the book to take you to the Amazon sales page):

#3: The importance of a healthy lifestyle

Schools are getting better at this but much more needs to be done to emphasise the urgency of this issue with our students.

The world is facing an obesity crisis.

Those words aren’t my anecdotal musings – they’re substantiated by lots of data. The Word Health Organisation publishes statistics on global obesity and in their most recent report (dated February 2018) they state:

The report also states that obesity is preventable, which is true: a balanced diet and good physical exercise, when embedded from an early age, can dramatically reduce the chances of adolescent and adult obesity and associated health problems.

In Japan, schools take health education to a whole new level. Students are actively involved in designing the school’s lunch menu based on nutritional value. For Japanese schools, lunchtime is just as much a part of education as Science and Mathematics.

Beginning in elementary school, kids come to understand that what you put into your body matters a great deal in how you think and feel throughout the day.

“Japan’s standpoint is that school lunches are a part of education, not a break from it.” – Masahiro Oji, a government director of school health education, told the Washington Post in 2013.

A good model for school’s around the world? I think so.

We go through school believing that if something is written in a textbook, then it absolutely must be true.

It is understandable that this viewpoint is encouraged from an early age: students must believe in the integrity of what they are learning in order to take it seriously.

But is this the right approach in a rapidly changing world, where young people need to be better problem solvers and critical thinkers than any other generation before them?

Sometimes the concepts contained in school textbooks are simplified so much (to make them accessible) that they become completely different to the truth.

A classic example is atomic structure. We’re all taught that an atom looks like the classic ‘Bohr Model’, with electrons orbiting a central nucleus in concentric circles:

But did you know that this model of the atom was actually rejected in 1925? Yet it is still taught to this day in high school chemistry courses.

Perhaps a research-based approach is best for today’s learners and gadget-savvy whiz kids. Is it really necessary to simplify everything? Is it wrong for students to learn the truth about atomic structure (and other topics) even though the knowledge may be advanced and considered ‘above the level of their age group’?

Shouldn’t we be challenging students to accept nothing until enough evidence suggests the theory as being truth?

#5: To respect other peoples’ rights to an opinion

This is a no-brainer, yet statistics on bullying suggest that more needs to be done.

Stopbullying.gov (a US government organisation) compiled a fact sheet based on a variety different studies and reports that:

In the U.K. the statistics reveal an equally disturbing picture. In a 2016 survey carried out by Ditch the Label (a U.K. based anti-bullying charity), it was found that:

Clearly, these figures are unacceptable and much, much more needs to be done to address bullying in schools.

I would suggest that anti-bullying initiatives must focus on education, not on more sanctions for students who bully.

The following strategies should be taken on by every school:

The U.K. government’s 2017 guidance on preventing and tackling bullying is also well-worth a read.

Creative arts are more important now than ever before. As the world becomes more connected to mobile technology; good images, music and graphics can really make the difference when it comes to marketing products, attracting web traffic and getting your message across.

Let’s be brutally honest – this blog would not be even half as popular as it is if it wasn’t for Pop’s beautiful images. I didn’t take art as seriously as I should have done when I was at school, so I already have a skills deficit that can only be filled in by my excellent illustrator.

Gone are the days when Science, Maths and English paraded at the summit of our educational Everest. The age of the games animator, thumbnail and avatar engineer, app designer and social media marketing expert is upon us!

#7 To respect the natural environment

Schools are quite good at this in general, but there are some easy-to-implement strategies that can further improve this area:

An increasingly important skill which is not developed enough in schools.

The power of ‘voice’ as the number one marketing tool of the future has been recognized in a number of influential books including Storyshowing by Sam Cawthorn and Ultimate Guide to Platform Building by Wendy Keller.

There’s just no room for shyness these days.

I often tell my students who are interested in business that they need to start building their platform now. They need to build up followers on social media channels (provided the students meet minimum age requirements) if they want to build up a brand name for themselves.

I’ll use myself as a ruthless example.

I started blogging back in 2016, almost a year after my book was published. In late 2016 I set up my Facebook page and in two years, on a modest budget and through my weekly blog, it’s built up to a following of around 1500 great fans and readers.

But just imagine if I’d have had the sense to start all of this when I was 20. That would have been 15 years of platform building!

One of the best ways to build your platform is through voice: videos, writing and having the confidence to get up front and show your talents and skills.

Public speaking should be a compulsory element of school education. Opportunities for students to develop their skills through conferences, plays, shows, group presentations, TEDx talks, peer-teaching and online publishing should all be fully integrated into school curricula.

As teachers we absolutely MUST be role models for our students.

But what does that mean?

“There’s no such thing as an off-duty teacher” – These words were words spoken to me when I was an NQT.

I think those words are true.

I never saw any of my teachers drunk or smoking, and even on my graduation evening when some teachers came out for a drink at a local restaurant with the students, they acted responsibly.

Our students look to us for guidance and see us as a moral compass – we’re not just sages who impart knowledge without substance.

The way we dress, the way we speak, the way we act: all of these things are picked up by our students.

We absolutely must keep the subliminal messages we send in mind as we go about our daily lives.

As for table manners, correct speech (elocution) and common courtesy: these should be on the curriculum.

#10: How to teach themselves

According to a report published by computer giant Dell Technologies, 85 per cent of the jobs that will exist in 2030 haven’t even been invented yet.

Phrased another way: we are currently preparing students for jobs that don’t yet exist, using technologies and techniques that have not yet been invented.

Whilst teachers have known for decades that computers were set to take over vast areas of business operations, the scale of the acceleration has been surprising even to the industry experts.

In order to really get our kids ready for the future we must teach them how to teach themselves. Constant re-training and skills upgrades will be the name of the game for years to come.

We need to think about ways in which we can get our students to evaluate their work as they go along.

Take a look at the evaluation form, given here, and consider ways to make learning more I.T. integrated.

2 thoughts on “What Should Schools Teach?”