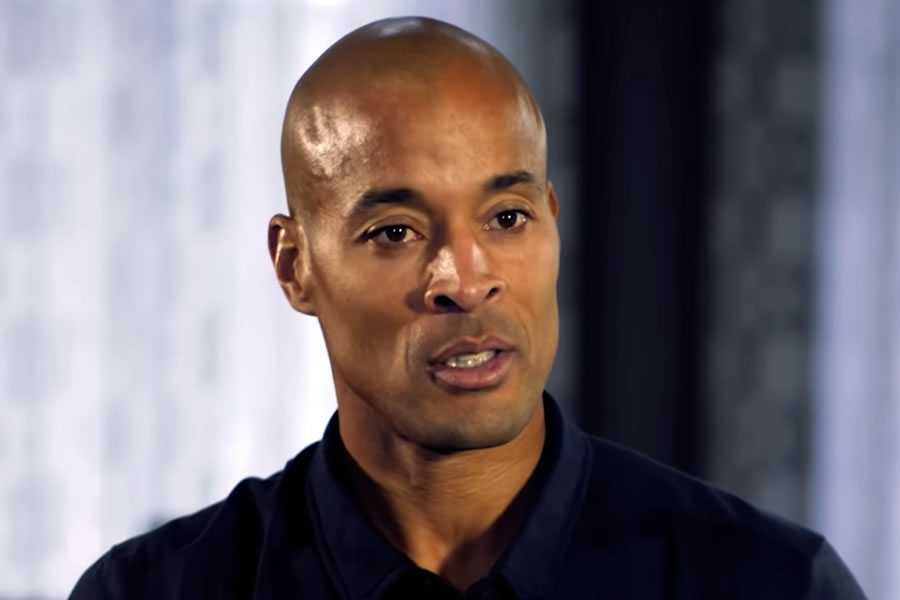 Warning! – This blog post contains expletives and graphic language. If you are prone to being offended, triggered or distressed by such language, then please stop reading immediately.

That’s how much I weighed three months ago. I was fat, tired and lazy. Too many things were not proceeding with momentum in my life. I had become ‘soft’.

After a day of full-blown mediocrity at some point in mid-August (whilst I was still ‘resting’ in my summer vacation from school), I took the time to sit in a Starbucks coffee shop during the late evening and take-stock of my life. I’d woken up late, I felt like crap and I had procrastinated all day long. It was a wasted day, basically.

What would my students think of me if they knew that I wasn’t ‘practicing what I preach’ to them: to chase your goals, be resilient and to work hard each and every day?

Then, I reflected on who I was as a teenager. Richard James Rogers: the kid version, went to karate class three times a week, absolutely smashed-it at Army Cadets twice a week (and many full weekends and summers on training camps) and never wasted a single second. He put up with some messed-up stuff too (home-life was a bit, well, crazy to say the least), but he didn’t point the finger at other people and blame them for his misfortunes or disadvantages. In fact, he saw his difficult life-situation as a powerful catalyst for self-improvement: he had every reason to just ‘go for it’, and he knew he would end up a total loser if he gave in to life’s relentless cry to ‘give up’.

That woke me up.

Sometimes, I believe, we have to look back on those things we’ve done many years ago and ask some very honest questions, such as ‘Am I better now, or am I worse?’. ‘Have I climbed, or did I slide?’ and ‘Am I a loser, or a winner?’

I’ve read a lot of great self-improvement books in my time (Awaken the Giant Within, Think and Grow Rich and Outwitting the Devil come to mind instantly). However, reading these books never really spurred me on to take the massive action that would cause big changes in my life. This Goggin’s video, however, with it’s raw honesty inspired me to actually do something about the pervasive mediocrity that seemed to have taken hold in my life.

If you feel that you could do more, or if you have a nagging feeling inside of you somewhere that says ‘you’re not enough’, then watch the video above in full. I think it will resonate with you.

In the video, Goggin’s talks about being brutally honest with yourself and taking action to change things. If you’re fat, then blurt it out: ‘I’m fat. Roger that. Now what am I going to do about it?’

As a former Navy SEAL (who’s been through Hell Week three times), the 2013 Guinness World Record holder for the most pull-ups in 24 hours (he did 4030) and the Infinitus 88K race winner in 2016 (one of the most brutal races in the world): Goggins knows more than a thing or two about perseverance and pain. His story inspired me to do more.

I decided to hit the gym every day, running at least 3k each time (I’ve now brought that up to 5.5k) and doing abs and weights on alternate days. Some days it was really hard – I’d get home from school, nap (like a lazy *&^#@$%) and then wake up a few hours before the gym closed (thank God it closes at midnight!). I felt sluggish, but I said to myself ‘Do it now you ‘insert expletive here’).

That’s how much I weigh today. I’ve lost 5.4kg in three months. It’s not an amazing amount of weight, but I feel an amazing difference and my BMI (Body Mass Index) stands at 25.2, which is almost at my target (24.9).

I feel better. I look better. I wake-up better (I don’t feel too zombie-like anymore). This was me last week:

Interestingly, as well as giving his insights on making massive changes in your life, Goggin’s also shares some really insightful stories from his time as a schoolkid. In his book, ‘Can’t Hurt Me‘ (highly recommended), Goggin’s describes in graphic detail the massive difference between a teacher who actually gave a damn about him, and a teacher who gave up. I’ve included the extracts below:

In these extracts we see clearly the differences between Ms. D and Sister Katherine, and the profound effect that a teacher’s behavior can have on student self-esteem. Here are the lessons that I drew from Goggin’s experiences:

I highly recommend Goggins’ book to any teacher who wants to get a brutally honest insight into the life of child who went through hell growing up (it’ll help you get a perspective on the reasons behind some of the behaviors you might see in-class). It’s also a good book for leveling-up in life.