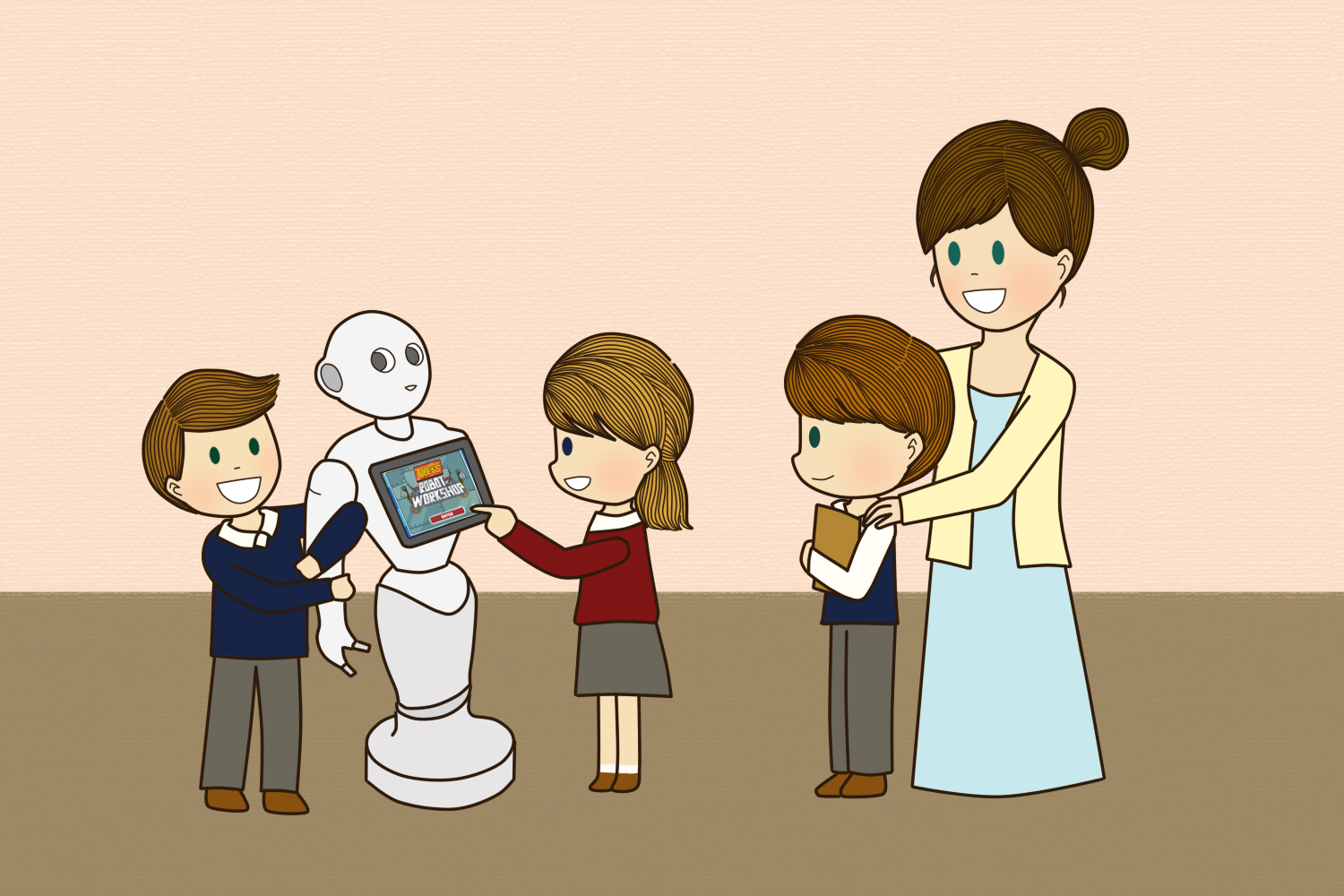 Robots are taking over. Teachers everywhere need to skill-up, and fast.

This assertion, which I’ve been making for years, was further compounded by a news article I read from the Asia Pacific Entrepreneur on Tuesday.

The article, aptly entitled ‘Robots Are Stealing our Jobs‘, cites a report by the world-famous McKinsey Global Institute (and when they speak, businesses listen). Their estimation is that robots will replace 73 million jobs by 2030. (Secondary sources used, as McKinsey report link appears to be broken at the time of writing).

That’s only ten years away, by the way.

This got me reflecting on a recent experience I had.

I had the opportunity to spend a few days of the sweltering Songkran vacation in the beautiful island city of Singapore last week. It was a nice break from things, and a chance to see the wider-world a bit.

As soon as one lands at Singapore’s Changi Airport, one feels as though they are in a king’s palace – carpeted floors, an amazing array of shops and restaurants and one more thing: automation.

Checking in at Changi is easy – your thumbprints are scanned and you’re waved along. And there’s extra convenience when you leave Singapore – no need for any stamps in your passport anymore. You simply use your entry thumbprints to check out again when you leave.

I thought that was cool.

Then, as I was going down a random escalator at Changi I saw a robot cleaning the floors. No, not one of those small circular robo vacuums that some people might have at home – a big, industrial floor sweeper that was fully automated.

I checked in at Studio M hotel in Singapore’s upscale Robertson Quay area.

Located next to a calm river and a cool spectrum of eateries and cafe’s (including the Book cafe – an author’s favorite, located just opposite), Studio M strikes you as a modern ‘hipster-style’ hideout.

I certainly got the hipster feeling in full dosage that night when I asked for some extra tissue paper. I dialed ‘0’ and asked for a resupply from the receptionist.

Two minutes later I opened the door to bleeps, flashy lights and a disco of childhood surprise – a cute robot was waiting with my order.

I and Nicki were in hysterics, and we took a video and photos (as you’ll see below). However, we took too long to video the robot and it ran away! We had to phone it to come back.

Singapore validated my long-held suspicions that began when I started using MyiMaths – that technology will soon replace humans in almost every area of employment and business (including teaching).

Robots are efficient and cool, and they don’t require a salary. Call me pessimistic and a party-pooper, but I see that as being quite appealing to the typical business owner.

For teachers, we are already seeing the impact of technology on our roles. Computers are teaching our students at an ever-increasing frequency, and we are being increasingly relegated to the role of ‘facilitator’.

Imagine a panopticon-style school with super-surveillance, and a full suite of computer labs and robots to teach both practical and theoretical subjects. How many human ‘facilitators’ would that school need then?

Oh, but parents would never accept that, right?

Wrong – by 2030 most parents of school-age children will be

That’s why I am urgently warning all teachers, everywhere, to skill-up in any ICT-based field, and fast. I chose FinTech, because it interests me. You may wish to choose another field.

The rising state of anxiety about this issue has become so intense that some colleges are even considering ways in which they can teach students to ‘out-compete’ robots.

The Hechniger article cites Aoun as recommending all students to skill-up so that they can ‘outwit’ robots by:

He also argues that the era of getting a degree and being set-up for life is over. Universities now need to provide short courses that skill students up throughout their lives (hence my current enrollment in the Professional Certificate in FinTech course with HKU)

MyiMaths, Singapore, the Open University and HKU taught me something important – that automation is becoming cheaper and better as each year goes by.

Teachers would be wise to keep this in mind, and take action now.

An early video I made back in 2017 about this very issue: