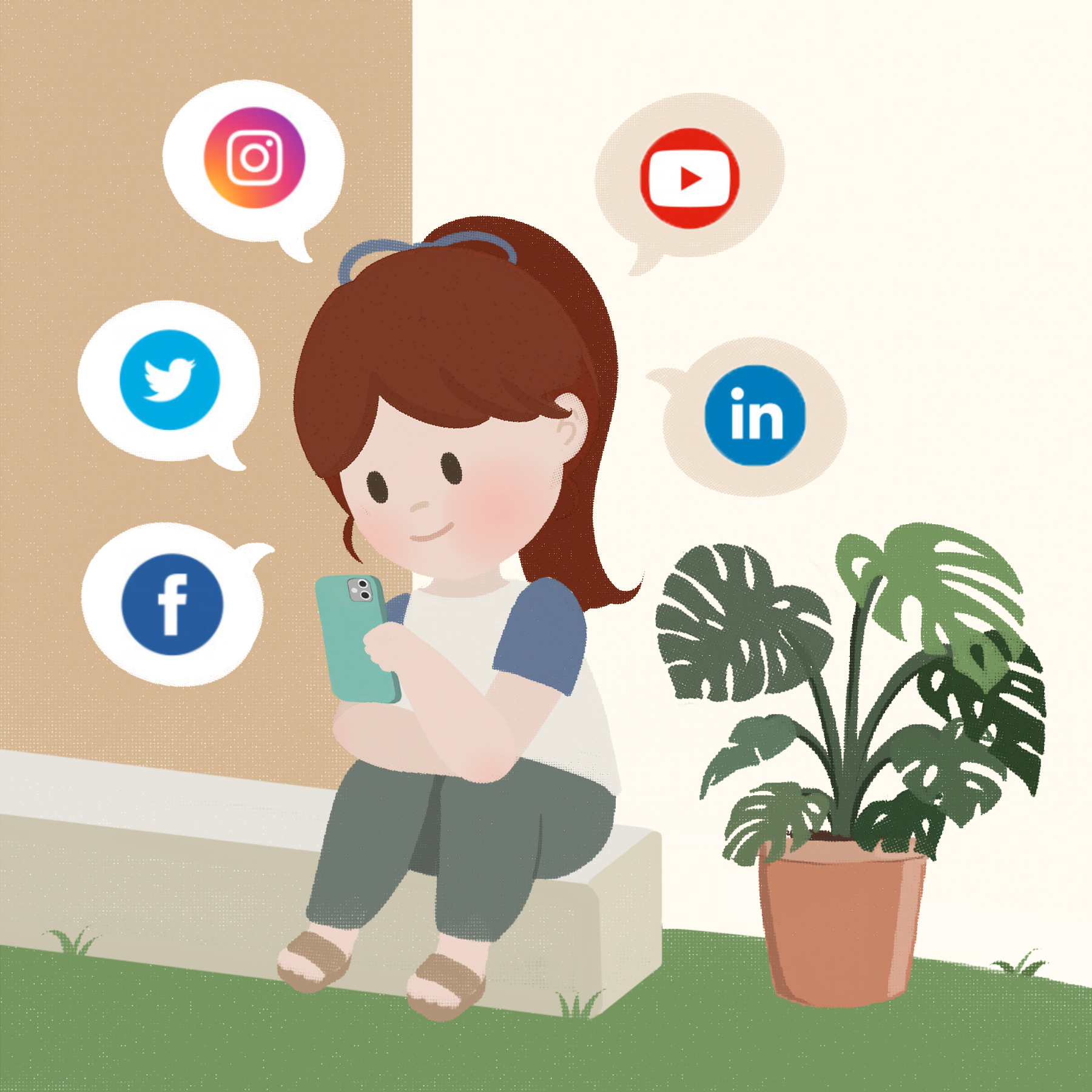 An article by Richard James Rogers (Award-winning author of The Quick Guide to Classroom Management). Illustrated by Pop Sutthiya Lertyongphati.

Parents and teachers have long been concerned about the mental health effects of excessive screen time on the children we care for, and teach. Oftentimes, we compare the lived experiences of modern day teens and young adults with what we went through at that age. Legitimate worries are attributed to questions surrounding disproportionate tech use – questions such as:

The short answer to the last question is that there’s not enough evidence to suggest that tech use has increased mental health issues in teens – that, at least, is the conclusion of a recent Oxford University study. Unfortunately, however, the directness of this conclusion was lost on the BBC who made the unforgivable blunder of misrepresenting the study completely. Their headline shockingly reads ‘Teens, tech and mental health: Oxford study finds no link’

To most professionals in education this BBC headline, and indeed the conclusions of the actual study itself, seem premature, inaccurate and potentially misleading given evidence that has arisen from other studies that aimed to investigate causal links between screen time and mental health issues in children, teens and young adults.

So, what was special about the Oxford study? Were the researchers even able to come to such a broad, valid conclusion in the first place? I will answer these questions via a series of bullet-points:

So, basically, what have the Oxford team done? That’s right – they’ve taken legacy data, overwhelmingly biased towards the American demographic, and analyzed the results using some statistical tests. Apparently, this is enough for the esteemed academics at Oxford to come to the conclusion that “There Is No Evidence That Associations Between Adolescents’ Digital Technology Engagement and Mental Health Problems Have Increased”. The BBC takes this adulteration further by boldly stating that “There remains ‘little association’ between technology use and mental-health problems, a study of more than 430,000 10 to 15-year-olds suggests.“

I’m personally quite angry by the misleading messages that these inaccurate conclusions have transmitted to the masses. Anyone reading the BBC article, in particular, would think that there’s no need to be concerned about excessive screen time and social media usage in teens. The real story, however, is quite different:

However, these aforementioned studies focus on the physical effects of screen time on children: nearsightedness, obesity and sleep-deprivation. The Oxford ‘study’ focused on mental health issues, so what point am I am trying to make?

Do causal links exist between nearsightedness, obesity, sleep-deprivation and mental health in children and teens?

Studies such as these seem to have been ignored by the Oxford team. Maybe, however, I’m making tentative links between mental health and physical problems, and then linking those tentatively to screen-time and social media usage?

Hold your horses, because there’s more.

A report published by the Telegraph includes a headline is enough to stun any parent or teacher:

I could go on to explore more sources to support the argument that social media usage, and screen-time, negatively affect the mental health of teens and children. I fear that this blog post would become a behemoth of statistics if I were to do that, however, so I’ll leave you with a few links to peruse yourself:

I think it was highly negligent of the University of Oxford to ignore the links that clearly exist between screen time and….

As an influential university, Oxford should really have done it’s due diligence before releasing the paper. The message that has been interpreted: that no causal link exists between tech use and poor mental health, is just plain wrong. The BBC, also, should be held to account for their blatant dilution of the study’s findings: from “There’s not enough evidence to suggest that mental health issues have increased as a result of tech” (the Oxford conclusion) to “No link exists between teens, tech and mental health”.

If anything, today’s blog post has been an interesting expose’ of big institutions, and their overwhelming negligence despite their good public standing.