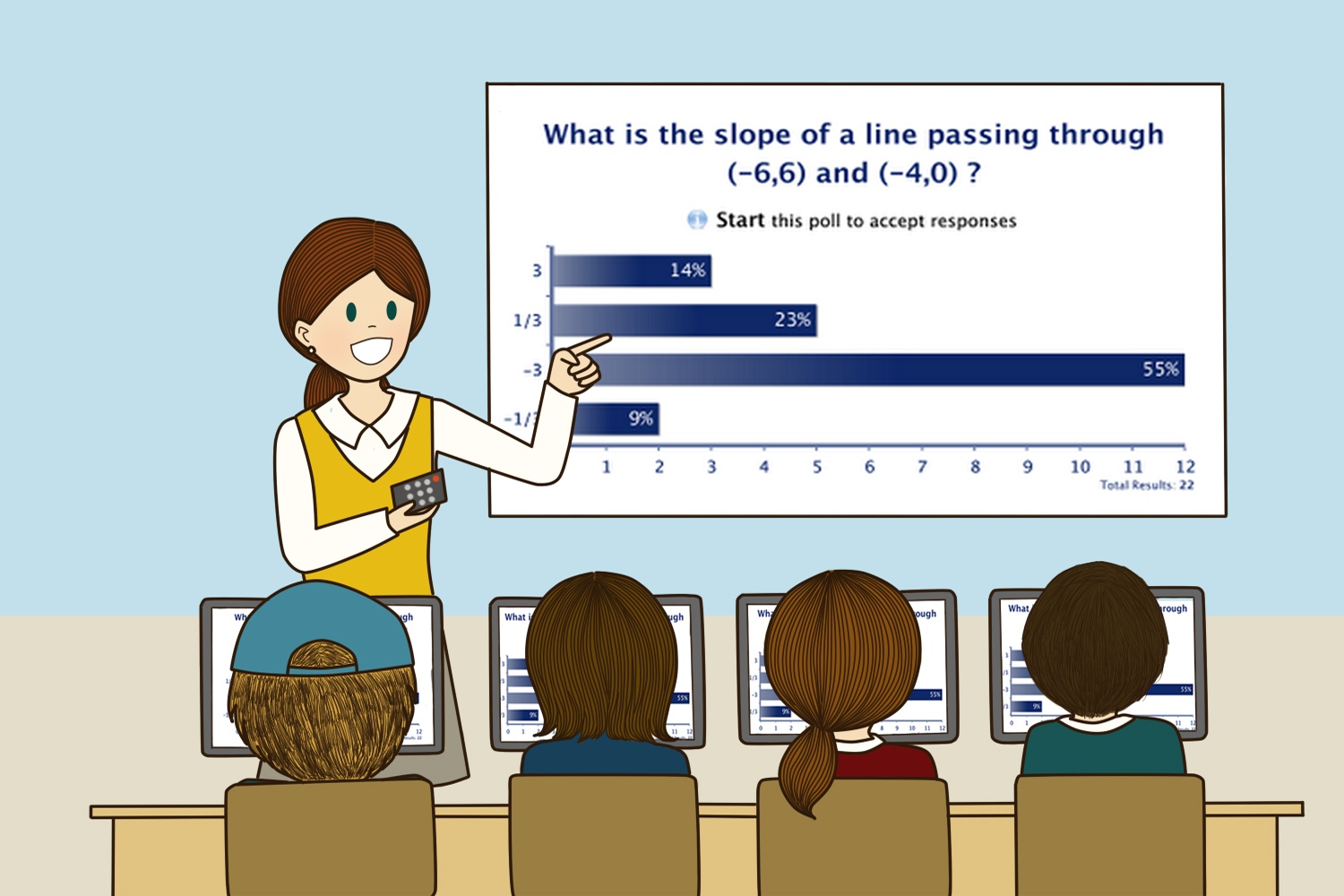 The events in this article are based on actual occurrences. The names, locations and, in some instances, the genders of individuals have been changed to protect the individuals’ privacy.

It can be daunting when you start at a new school, especially if you’re a fresh graduate. Friendship and social groups will already be in place, and you may be nervous about trying to fit in, especially since you’ll be working with your new colleagues so closely.

Your first few weeks and months on the job will be a time when your new colleagues will be getting to know you for the first time too. They may also be a little nervous about approaching you for a conversation.

Here is a video summary of this blog post:

The trick here is to try and make one friend at a time. You’re in no rush! Relax, be respectful and polite, and slowly people will warm to you and trust will be built.

People respond to new social environments in a variety of different ways. Some people are shy and reserved, whilst others are confident and chatty.

In the teaching profession, I’ve noticed that a conservative ‘middle path’ – that of being slightly reserved whilst being happy to chat with new colleagues, is the best way to go.

In my book, I describe a real situation that a former colleague of mine found himself in. He was much too cocky and intense with his humour and talk in the first few weeks of his new school year, and he annoyed a lot of people. Here is his story.

Greg was a new psychology teacher at a rapidly growing international school in Brunei. He had come from a school where staff members enjoyed a very close and communal atmosphere: where the men played on football and basketball teams together and the women often played netball, badminton and did aerobics classes. The school was managed well, and staff were encouraged to socialise and be friends with one another. Greg was sorry to leave, but the prospect of more money and a substantially better benefits package tempted him to move on.

Greg’s new school was very different to his previous one, but it took him a long time to figure that out. As soon as he started at the school, everyone knew who he was. He would greet everyone loudly and proudly, making jokes and aiming to get everyone laughing in the staff room. He had a lot of opinions about things, from religion to politics and even which teachers in his new school spoke the clearest English, even though he had only been working there for a few weeks. At staff gatherings, including casual chats in the staffroom, he was loud and boisterous and would irritate people with anecdotes and questions, even when they wanted to be left alone. He had an opinion about everything, and he thought that his new colleagues would love him for revealing all of his infallible wisdom and sharing his sense of humour with them. How wrong he was!

Greg made the inconspicuous mistake of alienating his coworkers, to the point where they didn’t even want to be around him anymore. He tried to be friends with everyone all at once, and all he ended up doing was irritating people. One member of staff even went so far as to tell him, in front of everyone in the staffroom, “Greg, sometimes I don’t know if you’re joking or if you’re just a complete retard!” This was the statement that woke him up.

Greg eventually toned things down, but it took a while for other staff members to warm to him again. Greg tried to run before he could walk, aiming to make everyone his friend all at once. What he should have done instead is focussed on making one friend at a time by taking a sincere interest in his coworkers, and gradually getting to know them.

Gossip, in all of its forms, generates distrust and is highly destructive. It is also dangerously contagious, so you really must guard against contributing to it. This is

an important rule to follow at all times in your career, but especially when you’re a brand new teacher.

Building trust with your colleagues takes considerable time. One of the quickest ways that you can destroy trust before you’ve even built it is by gossiping.

Again, I make reference to this in my book as I feel it’s such an important point to make. Unfortunately, however, too many teachers fall into the habit of gossiping at all levels of the profession. I include some advice about this in Chapter 7 – ‘Working With Colleagues’, which I’ve included below:

You and I could walk into any school staff room at morning break time and, after about five minutes, we could easily distinguish between the ‘Chatty Cathys’ and the ‘Reserved Richards’. Gossips love to espouse whatever is on their mind, even if nobody else wants to hear it. They’ll tell you one funny anecdote after another, ranging from which salon they went to last week to how difficult they find the new pupil assessment software the school’s made them use. There’s also one other thing that gossips are really good at, and that’s dishing out the dirt on anyone who happens to be the topic of the current conversation.

Gossips, without fail, are people to completely avoid at all costs (where possible). One of the reasons why gossips are famously passed over for promotion is because they can’t be trusted with the sensitive information they’d be exposed to in a managerial role. They generate distrust, and you should be very cautious with what you say when around anyone who is a famous gossip; you don’t want to give them fuel for a fire that they can burn behind your back! Additionally, if you happen to be sat with a gossip who starts to speak negatively about a colleague or the school in general, then don’t be afraid to get up and walk away. What’s more important: having a laugh or having a job? Besides, do you really want to be sat there when everyone’s complaining about the principal and that awkward moment happens when the Deputy Head walks in the staff room?

If you’re sat with gossips, or if you’re seen to be hanging around with them and chatting with them frequently, then you’ll be associated with them in the minds of senior management. If you plan on having a long and fruitful career in teaching, then remember this golden rule: don’t gossip, and don’t associate with gossips.

You never know who might be in earshot of your gossiping. You could be walking past an open window when a colleague hears you, or even standing on duty in the lunch queue when a number of students hear you too. Gossip is just simply too dangerous to get involved in. Avoid it, period!

Be careful at staff parties

Many schools around the world enjoy a congenial and lively atmosphere in which staff feel happy and trusted. Schools like this often have social gatherings, and in your first week you may be invited along to some kind of staff party or get-together.

Be careful about how you come across at staff parties. It can be easy to let loose too much, especially after a few drinks. If you feel yourself getting a bit tipsy, then don’t be afraid of calling it a night and going home.

I’ve attended my fair share of staff get-togethers over the years and sometimes drunkenness can cause issues. New teachers seem to be particularly prone to this.

Remember this: Staff parties are not for partying! Do that with your social group outside of school (and far away from school) if you must.

Know your courses and plan properly

Lesson planning can be a particularly daunting task for new teachers, especially if this is your first year on the job.

In my book, I write about the real story of a teacher who started a job in a new school with a new set of courses to teach. She found herself overwhelmed and making silly assumptions, which landed her a spot of trouble. Let’s find out what happened.

Bethan, a young teacher with high aspirations, had just started her new job at an IB World School. It was a prestigious position, and expectations were high. She had taught ‘A’ – Level Geography in her previous school, but had not taught the IB Diploma before. When she started teaching her new Year 12 class, she already had a high workload and issues to deal with at home due to relocating to her new school. To save time, she taught subject content on the ‘A’ – level syllabus, assuming that it equated to what was in the IB Course Guide. Since she already had the necessary resources from her previous school, she could prepare lesson materials quickly and easily.

Was this a good move on her part? By using the resources from her old school was she really preparing her students for their IB exams? The answer to both of these questions, unfortunately, is no. She was teaching content that possessed some overlap with the IB course, but it was patchy. In parts, her material was either not specified in the IB Course Guide, or was too complex. After several lessons of finding the subject too difficult, a student decided to find the IB Course Guide online. When he couldn’t find the material he had been taught by Bethan in there, he informed his parents, and shortly afterwards they sent an e-mail to the Head of School: Mr Brian.

Mr Brian, being a principal with some experience of dealing with this sort of issue before, wanted to verify the facts. He arranged a meeting with Bethan and asked her to go through her semester plan for that class. When she couldn’t produce one, and when she couldn’t answer the questions pertaining to the IB curriculum she was supposed to be teaching, Mr Brian was not the least bit happy. As a result of this, Bethan was made to produce detailed long-term plans for all of her classes; she was asked to e-mail the concerned parent with an explanation and she was placed under a lesson observation schedule so that her line manager could monitor her teaching. Additionally, this had the knock-on effect of reducing the students’ confidence in her as their teacher. Sounds excessive? The principal didn’t think so, especially when one considers that the parents at this school were all fee-paying, and rightly expected a good quality of teaching. All of this pressure, extra-workload, and embarrassment could have been avoided had Bethan had simply read through the syllabus for her course and planned accordingly.

You would be surprised at how different some syllabuses can be, even when they pertain to the same examination. An Edexcel IGCSE Mathematics syllabus, for example, is significantly different to the CIE IGCSE Mathematics syllabus. Make sure that you know which syllabus you are teaching, and don’t assume that it is the same as what you’ve taught before. Also, watch out for syllabus updates – new syllabuses can be very different to their predecessors.

3 thoughts on “New Teacher Starting at a New School? Here Are Some Tips You Cannot Miss!”